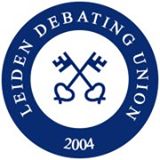 This year the Leiden Debating Union exists for 10 years and that wil be celebrated with a special Lustrum edition of the Leiden Open tournament. It will take place today and tomorrow at both the Bonaventura College (inrounds) and the Kamerlingh Onnes Gebouw (Law Faculty, outrounds).

The CA-team consists of Leela Koenig (CA, Leiden), Ashish Kumar (Cambridge), Francesca Ruddy (Glasgow), Niels Schroter (Berlin) and Nika Jelaska (Zagreb). Martijn Otten is the convener and Gigi Gil is the Equity Officer. The tournament will have five inrounds, seven minute speeches and will be in BP format.

Yesterday evening all teams that had already arrived could go to a pub for pre-registration. There they could also pick up their crash people. The amount of people nearly did not fit in the pub, but it was good to see that were already so many people present.

This Lustrum edition of the Leiden features a dresscode to make it that much more special. The dresscode was: suit up and dress up. Many of the tournaments’ participants indeed showed up fashionably dressed save for the odd pair of jeans.

Now the first round is about to begin! The motion reads: THBT the governments of developing nations should actively encourage slum tourism. An infoslide gives us some more information about the definition of slum tourism (tourists visiting impoverished areas on tours organized by travel agencies). The debate is mostly about self-suffiency of developing nations and morality.

After an engaging first round there is lunch in the auditorium (announcement room). Revitalised by the food and drink, which was provided by the nice volunteers, the speakers and judges are ready for the next round.

We continue to the second round. This time the motion reads: TH, as a critic, would advise the public not to consume works of music, film and art produced by artists that you deem morally reprehensible, regardless of the artistic merits of their work.

The third round ensues and the motion reads: THW randomly select citizens to actively assist in the rehabilitation process of ex-convicts, and make participation mandatory for those citizens. There is another infoslide that explains about the experiments which involved voluntary assistance to ex-convicts which were succesful. This third round is the last open round, which means that feedback is given by the judges immediately after the debates. The fourth and fifth rounds will be closed rounds which means that feedback will only be given after the break announcement.

Round four is starting in a moment. The motion reads: THBT the state should make funding for political parties proportionate to the number of low income brackets in those parties.

After dinner we move on to round five. The motion reads: THW nationalise prostitution.

After the socials saturday we now on sunday start the semifinals and the novice final. The motion for the novice final is announced first and reads : TH as a nominee of such an award would not accept it. What this award is for is explained is an infosheet. The award is for people from minority groups and is given out by an institution like a university for their achievements. The motion for the semifinals reads : THB it is legitimate for states to deny residence or asylum to immigrants who openly contradict their predominant values.

After lunch the finals are starting. The motion for the round reads: THBT the catholic church should make absolution for those who have committed a crime conditional upon handing themselves into the police. After an invigorating debate about doctrine, confession and crimes we now go to the pub and await the call of the judges.

In the crowed pub the results of the final and the novice final are announced. The tournament has been won by team Two guys, Daan Welling and Ruairidh Macintosh, in closing opposition. The novice final was won by team VOPS (Matija Dragojevic & Stefan Mitrovic). These results bring an end to the Lustrum Leiden Open.