Vegetarians believe that eating meat is always wrong. As I see it, most modern vegetarians believe animals have some degree of rights and hence that eating animals, which involves killing them, is wrong. I absolutely agree that animals have a certain degree of rights but I still believe that eating meat is by no means immoral. I believe this because I believe that being killed is preferable to never being born. Not eating meat indeed does mean that animals are not killed but it also means they never live. This is because my individual decision to not eat meat means that there is less demand for meat which in turn means fewer animals are produced to satisfy that demand. This is a problem for vegetarianism as, if we assume that animals like humans would rather be alive than dead, then not eating meat means animals are worse off than eating it. Instead of living short lives before dying, they do not live at all.

There are three potential responses to my argumentation which I would like to tackle. One response is that the conditions animals in factory farms suffer are indeed worse than death. I do not believe this is true but even if it is, it is entirely possible for meat eaters to restrict themselves to free-range meat which gives the animals it is taken from a reasonable quality of life. If this means eating meat less often, so be it.

The second, better response is that morality if absolute, not relative. Even if eating meat is better for animals than not eating meat, that does not make it moral, just comparative less immoral. For example, torturing and raping someone is worse than just torturing them. That does not mean torture is moral, only that it is comparative less immoral. Hence, both eating meat and killing animals as well as not eating meat and causing the non-existence of potential animals are both immoral. The moral course of action would be to ensure animals exist and to not kill them, for example by donating money to animal sanctuaries

The issue with this line of argumentation is that it presumes acceptance of not only a negative duty to not harm animals but a far stronger positive duty to ensure they live and live well. If you accept we have such a duty then vegetarianism can indeed stand up to my objection. But, the consequences of accepting we have such a positive duty are that we need to intervene wherever animals are suffering, even in nature at the hands of other animals, in order to prevent that suffering. Given that most people would not accept that we have a duty to intervene in nature in such a way, I doubt most people do believe that we have a positive duty of care towards animals and hence I believe that this specific defence of vegetarianism is not sufficient to persuade the average informed voter that they should be a vegetarian.

The final response is that talking of the preferences of non-existing beings is ludicrous. For example, arguing that women should always be pregnant else they deny non-existent children their right to life is crazy. So is arguing that not eating meat denies non-existent animals the right to life. Our aim should be to avoid killing and if that means fewer animals so be it. The problem with this response is that even looking only at the preferences of currently living animals, insofar as we can assume animals have preferences, it is hard to imagine that any species of animals would prefer a world where their species did not exist or existed in far reduced numbers, to one where they did exist but some of their kind who would otherwise not have been born are killed by humans. Hence, even ignoring the preferences of non-existent animals my argument still holds. 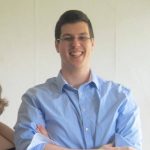 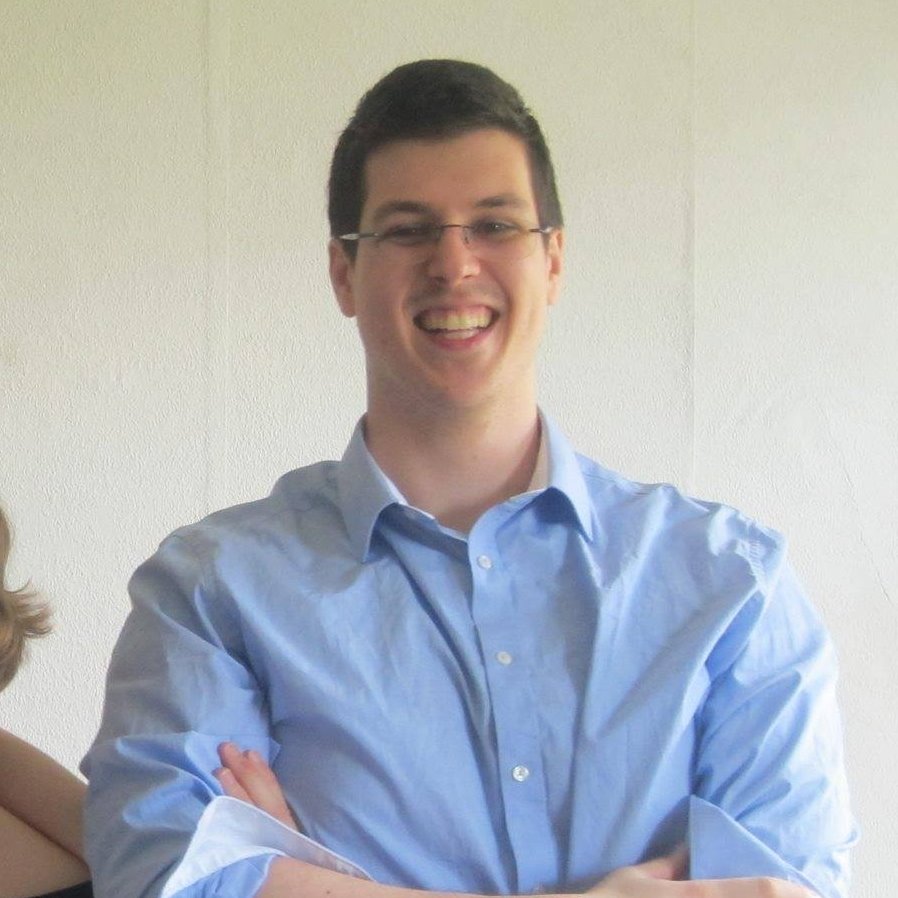 First and foremost, thanks for writing this! Great to see we are having this kind of analysis again.
This post should not necessarily be read as an argument for vegetarianism: I honestly think it is an interesting discussion.

I have thought of this argument a few times as well and can definitely see it being strong, but do not believe it.
You are right in saying that we assess the preferences of potential creatures. I think it is fair to say they would rather not exist than suffer. Non-existing, I feel, is comparable to feeling nothing. At the moment I suffer, I would rather feel nothing. Therefore I find it far more intuitive to make sure these creatures are not born. This then also deals with the response to the third objection: even if current members of their species would prefer them to exist, (although I doubt that really matters to them) I find the suffering others have to undergo illegitimate.

Thanks for opening a valuable discussion.

I have an added problem to the one Roel puts above here.

I simply don´t believe that having an obligation to care for living animals is an unintuitive argument. I think we can statisfyingly make that argument while resisting the temptation to protect deer from wolves (the principle of double effect, for starters, allows for such a distinction). I also think that at the moment our societies decide to close down the bio industry we ought to take care of the animals who survive, and allow in limited sence for mating.
More than that, the idea that requiring animals to have the right to be free from torture and killing includes the duty that we have them mate is also a non-requisite of that previous duty.
I’d like to add that I find the premisse you have that the animal species would rather continue existing in large numbers while “some” are being killed unrealistic. The bio industry kills millions and millions of animals a year. If you really want to make that argument, it would be analogous to saying that free human beings, being enslaved by an alien race, would find their continued existence palatable as long as it would come at the cost of the ritual torture and maiming of everyone living on the Eurasian and African continents.

I think that last part touches on my larger concerns. I don’t think that the desire to life should in some way be contingent on animals being instrumentalised and killed for our nonessential feeding needs. That’s a premise I would wholeheartedly reject, and given that this premis is inadequatedly justified a defence of animal rights based on either consequentialist Singerian concerns or deontological concerns should not be too concerned with this argument.

I also find it deeply deeply upsetting to have to read the phrase “torture is comparatively less immoral to torture and rape”. There is a reason that torture is one of the few things that we blanket ban and don’t justify in any circumstance. If something is that immoral, it can’t be “comparatively less immoral”. It’s equally immoral. Morality isn’t always a consequential balancing scale. Sometimes it’s a general law that we cannot cross.

Roel: I would say that it is hard to measure whether suffering is worse than not living at all. Two reasons why we should allow meat-eating. 1) If its hard to measure, the state shouldn’t ban it, as it does not have sufficient reason to limit freedom. 2) At least there is the utility of meat-eating for humans if we allow it = net benefit.

Daan: I think it suffices to say that if we do not have the bio-industry, there would be no market for sustaining animal life. Now I agree that in a debate, we as the ‘state’ could just decide that we have the moral duty to protect animals and allow them to reproduce. However, apart from the fact that this is not realistic in the real world (which I sense is part of this discussion), this could have effects on political capital in the long run and therefore also not be possible in the debate. Furthermore, please note that any money spent on animals in this case could also be spent on saving human lives/reproducing humans. Whether this is preferable is of course debatable, but I would say that generally based on 1) democratic preferences and 2) sentience measurements (humans have more) = more happiness experienced that this is generally preferable. And I think that in your Alien comparative that would be the preferred course of action if the alternative is not having any/nearly as many humans alive in the first place. Of course Srdjan’s nuance of ‘green’ farms could nuance this comparative further. As for torture: it can be comparatively less immoral to something worse (death –> because its irreversible maybe?). Torture is not always an absolute right: its at least debatable for terrorists. And what about torture in self defence (for example if you catch a kidnapper who has your own child kidnapped –> I would believe torture would seem legitimate from the individuals standpoint in case of an imminent threat to the child). Torture is however quite a tangental example in my opinion, as the world, in general, does not believe animal killing qualifies as such a near-imminent right quite to the same extent as torture does.

This is not a very well structured argument, as it makes lots of assumptions that can be objectively dismissed. I am vegetarian and my decision to live the lifestyle was not solely due to feeling all meat eating is immoral, rather the practice of meat eating humans have adopted is totally immoral. To say you feel animals in factory farming would prefer to be alive but in pain for their entire lives is just your opinion – and you did not provide any thoughts on why you hold this opinion. To make the argument that these animals would prefer to be born than to not makes no sense. What about all the animals who have gone extinct or seriously close to going extinct due to their environment being morphed and removed by humans for animal production? Would these animals prefer to be alive than extinct.. of course? Do you know how many domesticated animals domesticated animals the world would need if every person on the earth was to adopt the same eating habits as the western world? Is it sustainable? The environment? The 20 million malnourished people that will die this year, do we have a moral obligation to feed them (we are able to).. your argument is to simplistic to be valid and ignores everything except “domesticated animals would choose to be born”. Which I might add, has no scientific reasoning! Maybe leave the debating to others? Cheers