Beyond the thrill of competition o 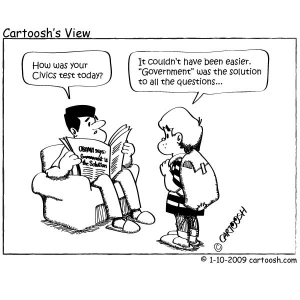 r teaching critical thinking, one of the greatest things debating offers is wisdom. Good debates result in persuasive arguments being brought, attacked and compared, a process which often leads to brilliant and innovative analysis of issues and creative solutions to pressing social problems. Time and time again debating has led me to reevaluate my position on a variety of issues as I heard arguments which I had never been exposed to before. Whereas when I came into debating I thought all military interventions evil, debating made me confront the fact that in some situations a diplomatic solution was impossible and intervention was the only alternative to atrocities. Debating made me that little bit less ignorant, made my opinions resemble reality that little bit more and for that I am intensely grateful. That being said, what if a certain set of persuasive arguments were to be arbitrarily excluded from debating? What if we weren’t allowed to bring up local opposition when discussing humanitarian interventions? What if we couldn’t mention black markets in debates about drug legalization? It seems obvious that such arbitrary restrictions would make debating worse by ensuring that the discussions we had in debating were detached from reality, meaning the arguments made in debating applied only in debate-land and were of no relevance to the real world, holding little chance of influencing or people’s real opinions. Yet, there seem to be two problems with BP as it exists now which result in precisely such exclusion of argumentative categories.

The role of the state is one of the major points of contention between left and right wing parties in the real world. Partially, this disagreement is fuelled by different views on the extent to which the state should impose taxes on its citizens, or whether the state can effectively intervene in markets. Another part of the argument centres around whether state power should be feared amidst concerns states are not only fallible but also corruptible. For instance, one of the reasons many people, including myself, are against laws restricting free speech is that we do not trust the state to enforce such laws fairly, or to not expand them beyond their original scope. As such, we are willing to accept the harms of hate speech if it means avoiding the risk of government restricting other, more valuable forms of free speech. The problem is that BP debating often excludes concerns about the extent to which we can trust a state because in BP we are the state. As such, the above argument and others like it do not hold water in most BP debates as the government team can simply state that they will only enforce the law fairly and in a limited context. In other words, it seems that BP has an intrinsic statist bias which seriously limits the extent to which the dynamics of many debates reflect reality. This is a problem that I cannot see a simple solution to.

Another feature of good policy discussions in reality is that when we assess the merits of a policy, we do so by comparing it to a range of alternatives and not just to the policy which currently happens to be in place. When we discuss whether to renew Trident, the UK’s continuous at sea nuclear deterrent, we shouldn’t simply compare disarmament to keeping Trident as it is today but also to alternate options such as switching to aircraft based deterrence. In debating, counter-props are the mechanism which allows for such comparisons. Without the ability to counter-prop, opposition teams are locked into defending whatever the status quo of the day happens to be. Yet, I often meet CAs and judges who either see counter-props as entirely illegitimate or as strange and unfair. The problem with disliking or restricting counter-props is that doing so restricts comparison to only the proposed policy and the status quo, excluding a whole range of other potentially superior options and ensuring debaters cannot discuss a policy as it would be discussed in reality. The solution to problem is simple: allow counter-props for most debates and do not view them as unusual or deserving of punishment. If certain rare motions require a strict dichotomy between two options, it is always possible to restrict comparison by making the dichotomy intrinsic to the motion, for example with the wording “THW do X instead of Y”.

Debating is a game and, like all games, its existence is a function of a certain set of rules. Those rules should not be arbitrary. They should reflect and further the reasons we value debating. Aside from what I have said above, I don’t know many ways in which the rules of BP could be changed to make debating better. That being said, I’m sure that BP as it is now is not perfect and it may be wise for us as a community to take a good, hard look at what we want from debating and why we have the rules we do.

As a judge, I would consider a counter prop that is mutually exclusive to the proposition and well justified to be entirely legitimate.

I think the problem that most judges have with counterprops are cases where they are proposed by inexperienced debaters, and then inadequately defended relative to status quo or the proposed policy.

If the proposed counter-prop delivers us a world that is distinct from the one proposition gives us and starkly opposes proposition’s core contentions, I have no problem voting for a counter-prop case.

A reason counter-props may be disfavored quite includes the readiness of less experienced debaters to justify counter-props with arguments that either support certain principles from proposition (which is logically problematic) or inadequately refutes them.

The problem you describe I believe more accurately reflects an inadequacy of certain judge’s ability to articulate the reasons for their preferences rather than static preference that is strongly held by judges.

For example, three days ago I judged a debate where second opposition spent seven minutes defending a realist/neorealist paradigm of internet discourse, rejecting government intervention into that sphere.

My co-panelists rejected that argument on the sole basis of rejecting that framework on the grounds of value; that is they were unwilling to accept that framework no matter how well it was defended or demonstrated. This preference and its justification is absolutely unacceptable in BP, yet their decision carried the floor because they justified it in thinly veiled criticisms of uniqueness and clarity (criticisms which I’m sure the strong debaters could easily debunk as invalid).

Let me be more specific with an example:

If you counter-prop a debate about military intervention with a proposal for humanitarian intervention that is executed via a militaristic mechanism (or even if it’s via a nonmilitary mechanism), you run the risk of failing to refute one of the core contentions of the propositions’s case:: That some form of intervention is justified.

If you fail to engage even this very basic point of clash in the debate, you are failing in your role as the opposition to oppose to core components of the opponents case.

If you counter-prop military intervention with say, a massive tax credit or a deduction of liability for corporate philanthropy or NGO intervention in the region, you can persuasively acquire many similar types of outcomes as proposition, albeit through a mechanism and supported by a principle that is in stark opposition to proposition’s. (Caveat: A judge that is unable to detect the nuance between these two counterprops may certainly mistakenly attribute many of the faults of the first counterprop to the second. You may not have any control over how well judges can differentiate fine nuances in argumentation and logic.)

I should clarify, in the second counter- prop, the government is NOT intervening directly, but rather giving motivation for a secondary actor (distinct from itself) to do the intervention.

Obviously the degree to which this actor’s actions can be attributed to its own agency versus the agency of the government, who has tremendously amounts resources to indicate which actions it views favorable, is certainly an argument that judges may disagree upon or in the worst case scenario, refuse to acknowledge.

In this case, it can only be helpful for the debater to dutifully point out this difference and justify how a third party derives its own autonomy from its ability to adopt or reject the government’s preferences without being meaningfully compromised in its ability to pursue endeavors contrary to government preferences in other environments as well.