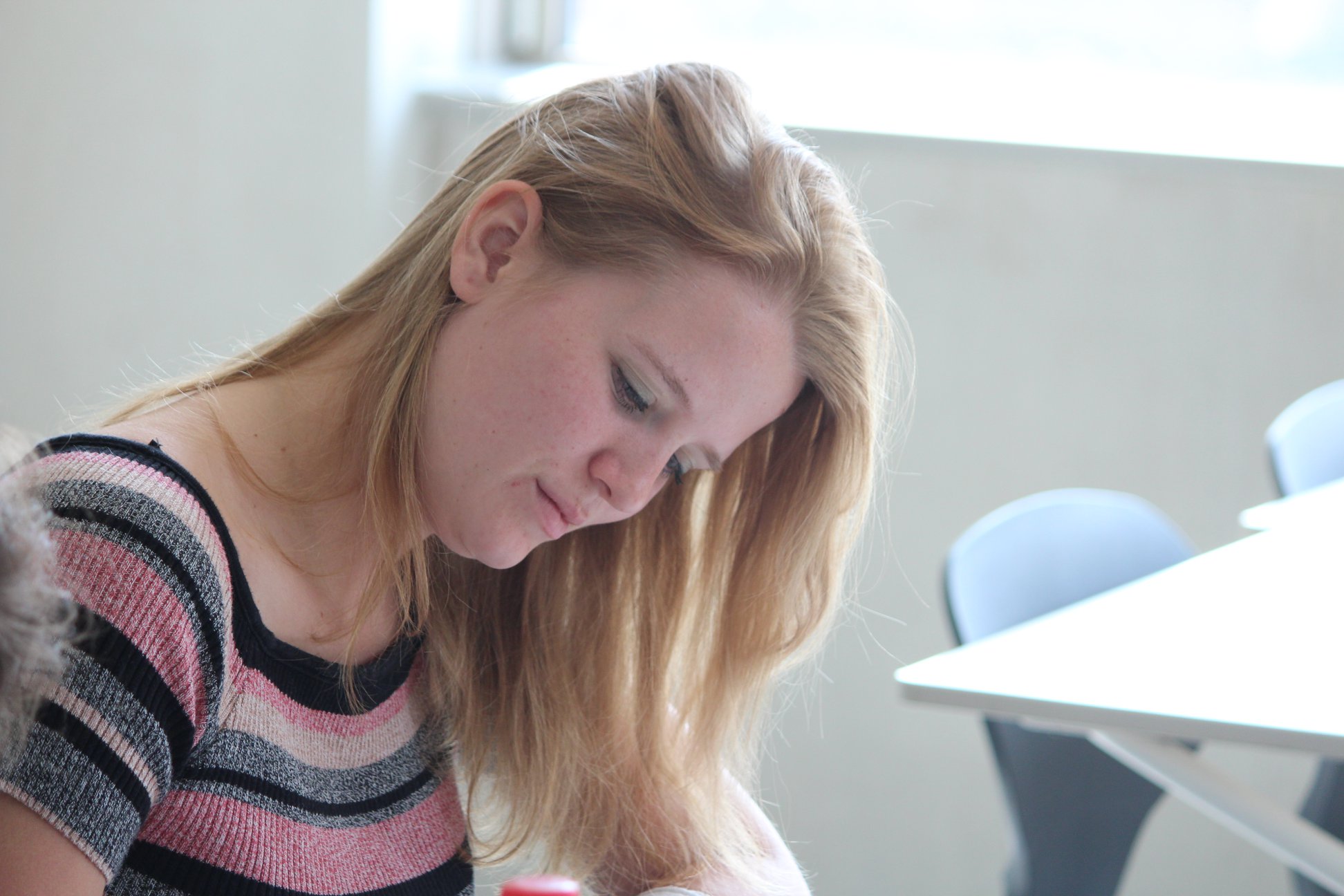 Meeting someone and finding out that she will become a dear friend, is probably one of the best things that can ever happen to you. When I first met Linsey, I saw a lovely student with an amazing fashion taste. A connection between the two of us came rather quickly during Maastricht Open. I found out that there was more to her than just a student that had debating as a hobby/lifestyle. So, who is Linsey?

“I grew up in a small village named Woubrugge, which is close to Leiden. One of the clearest memories I have of my youth, is when I was around seven years old. A friend of mine and I made a drawing with chalk on the sidewalk. We were so proud of what we made, but my neighbor became angry and removed the drawing with water. I don’t know why, but this had quite the impact on the young me.” Linsey was born in 1997. She started debating in high school. The reason why was quite ironic. “Because of an injury, I wasn’t able to play football, which led to me having lots of spare time. When my teacher of subject Dutch asked me to join the debating team, I thought it was nice to try it out for once.” Little did she know that one debate would quickly turn into years filled with debates.

At the moment, Linsey studies history in Groningen at the university. She also works at the university in Groningen and sometimes spends her weekends debating. In Groningen, she debates at GDS Kalliope, where she is also the treasurer and vice-president. On top of that, she currently also fulfills these functions in the board of the ‘Nederlandse Debatbond’. “One moment I would love to experience again is the NK finale of 2018. When we broke to the finale, both Joris and I were surprised that we made it and it was a very lovely moment. I still feel very proud of that moment.”

Linsey isn’t one to give up quickly. She describes herself as a hard worker with a lot of things on her agenda, as stubborn and one who doesn’t give up very quickly. “Every day, I try to be a better version of myself. I don’t like to compare myself with others. I think I mainly got this attitude from my father, so in a way, he is an inspiration to me.” She tries to live by the rule: “Be better than you were yesterday.”

In the future, Linsey has set a few goals for herself. Within debating, she would love to break at a big international tournament as EUDC and WUDC. Outside of debating, she wants to keep reaching her goals considering losing weight, traveling a lot and getting her bachelor diploma.

For me, Linsey is this source of positivity and a lot of experiences. She is a very strong woman who definitely knows what she wants. Not only is she an amazing debater, but also an amazing person.