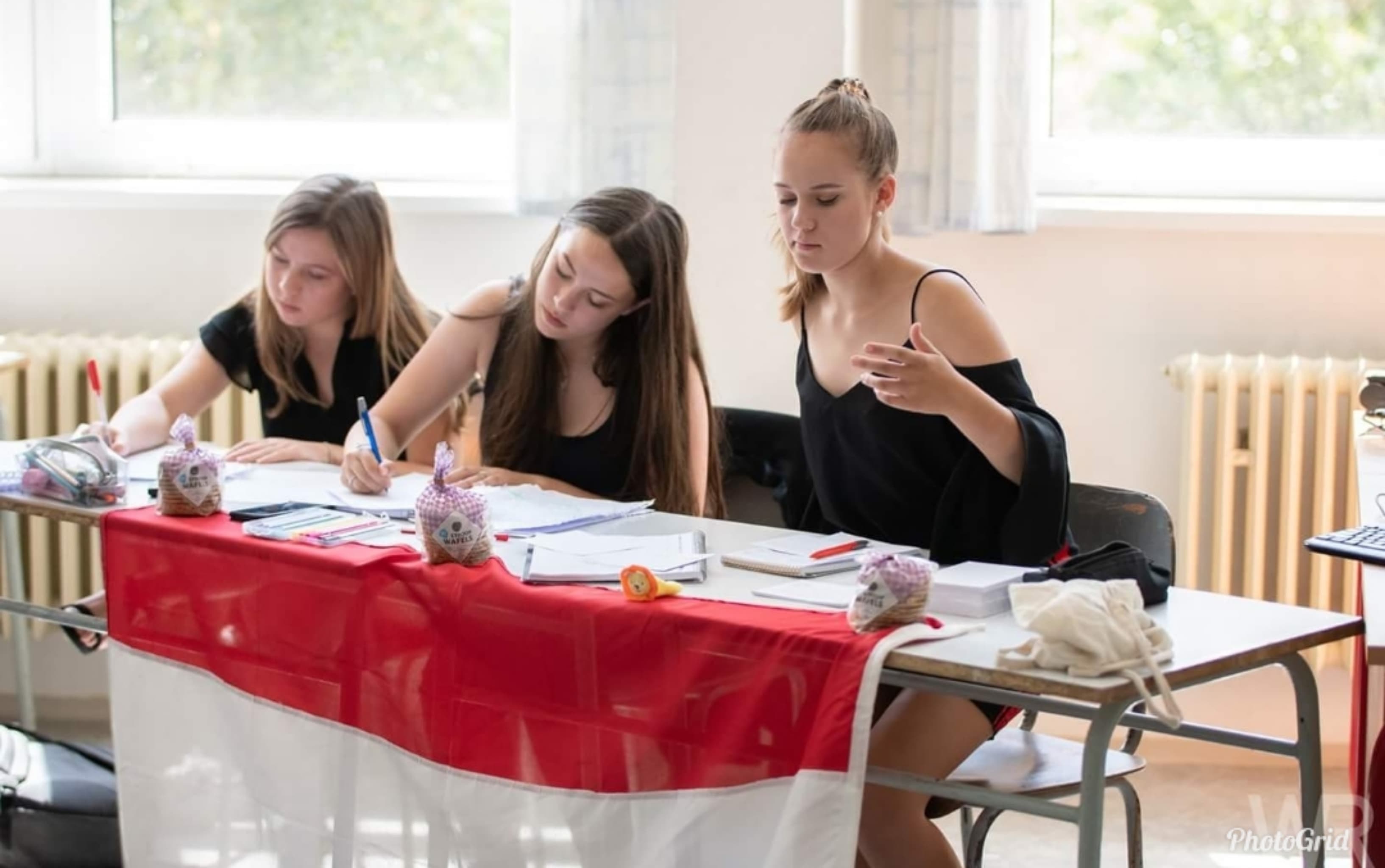 I never flew before, so when I met up with my team at Schiphol airport, I was very nervous about the flight. For some reason, I’m not nervous about the debates anymore. I immediately found support within the team. They made weird jokes which weren’t funny at all, but they still made me laugh. After a long wait and a short flight, we arrived in Prague. For a girl who hasn’t visited more countries than France, Belgium, and Germany, Prague was an impressive city. The city has these amazing streets that almost give you this Paris vibe. The buildings are old and have this beautiful historical look.

On Friday, the debates began. It was weird and awesome at the same time to debate against a country like China. It wasn’t necessarily a different debate from one I would have with another Dutch team, but it was the whole experience around the debate that was different. After every debate, you talk to each other about where you come from, what your school is like and so on. I’m not used to talking to people who live in a city which has more inhabitants than the Netherlands. A team that I really liked was South Africa. The positive energy that they spread throughout the whole competition was so amazing and lovely.

As I heard from other debaters, my expectations for the food shouldn’t be too high. They were right. The food wasn’t bad, just wasn’t meant for me. Luckily, Prague was filled with cheap supermarkets which had a lot of great food. As for where we slept, it was better than I expected. Besides a broken shower, a lack of cups and a lack of good pillows, we all had a bed which was comfortable enough to sleep in. We stayed in a quieter area of Prague, so there wasn’t a lot of noise at night.

In the late nights with my team, unexpected bonds came. As we liked to call them, bonding nights, we talked about things that otherwise never would have been talked out. We laughed, cried, talked, but most important we supported each other. We talked about tensions and nerves. We discussed the other teams, Prague itself and our expectations of the other debates. We were able to have a cup of tea and at the same time discuss how nervous some were about the debates. That form of support is rare, but something that is so lovely when you find it.

We also bonded with the coaches. On Friday evening, I fell ill and I wasn’t able to sleep, but one of my coaches was able to give me the best help possible. They were the biggest help you could hope for. Talking with them about how you feel is very important and the solid support they gave was probably one of the most important things during the whole trip. The coaches and my team formed this kind of safety net for me and that gave me the power to keep going even on lesser moments.

A debating tournament makes you realize a lot about yourself. It increases the self-knowledge you have and the knowledge you have about others. It learns you even better than a national tournament how to deal with the stress, how to spend your prep time as efficient as you can and how you are able to calm each other down. It’s one big teambuilding assignment.

In the end, it’s important to remember that a debating tournament like Prague isn’t just to win all the debates. It’s about support, fun and learning new things. Prague gave me those things: the amazing support from my team members and my coaches, laughing, learning and exploring all day.