For those that are unfamiliar with what the Debatbond is, Debatbond is an umbrella organization that exists to help other societies. Membership was recently expanded and Chronos joined the other eleven societies. Board members are elected for a two-year term. If you are keeping track, current board members’ term is due to end at the end of this academic year, and it is a good opportunity to review what the Debatbond was able to accomplish.

As any board member would tell you, being on the board can be both challenging but also quite rewarding. You are able to put in a lot of input in tweaking and improving the legacy of the previous boards. This is something that Jelte recognizes. Initially, it is a tough experience. You are thrown into a board “with five other people you did not necessarily know very well personally”, as well as having to align your own individual visions with others. Jos shares Jelte’s sentiment. It was hard, but the experience of working with different ideas and visions of what they want to see makes the experience worth it. This board consists of six individuals who have gotten together to work on implementing a strategy to make debating in the Netherlands more accessible.

Over the course of two years, board members implemented various projects. Some were more successful than others, but all deserve to be mentioned. Here are some of the highlights.

First of all, there is the most famous project which is the Dutch Debating League. The aim of the league is for eight societies to get together over the course of 8 months and debate against one another. Societies accumulate points and at the end, the society with the most points is Dutch best debating society. In its second year, the league has faced some problems surrounding attendance, however Jelte still believes in the project as it still does what it is meant to do: contribute to inter-society engagement. In the summer, the Debatbond will be working on reviewing the current format and improving it where necessary!

Second, it was identified that the previous speaker ranking was ineffective and the manner in which the ranking list was made was not representational. Now, only the top four tournaments in the academic year are counted and they are based on the percentile. This is meant to show a more realistic overview of who is the best debater as it highlights the more active debaters.

Thirdly, the Debatbond created platforms for its members to receive help. Throughout the first year, guidelines were published on various things, from organizing a tournament, to recruiting members, to judging manuals amongst others. Providing guidance did not stop there, however. To get a more accurate view of where societies stand and what they need help with, Tom and Jos visited other societies to get their perspective on what they need help with the most. Finally, to give an opportunity to board members to learn more and to discuss things amongst each other, Debatbond created a board-day. So far two were organized, both aimed at training societies how to cope with certain problems such as recruitment, promotion or fundraising.

Fundraising is also a vital part of Debatbond. One of the aims of the board was to provide more opportunities for societies for activities, however that was not always possible due to funding difficulties. The new plan that Tom and Jelte are hoping to work in the last half-year is two-fold. First is to help individual societies to develop a sponsoring strategy to attract sponsoring for specific things that benefit their societies. Second is to look for sponsors as the Debatbond which would benefit the community as a whole.

One thing that was identified over the course of the year is the fact that debating in the Netherlands has been on a downward trend not only in terms of membership numbers but also in terms of tournament participation, and a natural question that was asked was

“How can the Debatbond step in?” Tom’s solution is to “organize events for new groups of people that are currently not being reached” and this is something that will be looked into over the last couple of months. What is a unique quality of the Debatbond in this regard, is that is the optimal platform for inter-society discussion. Jos and Tom note that on their many board trips, they noticed similar issues and discussion kept popping up in their discussion with different societies. Discussing these issues on a national-level can be to everyone’s benefit.

In addition to all of these projects, there are other smaller tasks or projects the board works on. It aims to occasionally spark a discussion within the community, on topics such as judge quality, mainly through the 720 platform. Also, there is the infamous Debatbond board chat, where literally all current ongoings of the Dutch debating community are discussed. If you want to stay up to date with all the rumours from different societies, the Debatbond surely is a great place for you.

The most important part for the next few months? Firstly, Ybo says it is important to “institutionalize what has already been made to ensure that future boards have an easier time implementing their ideas and continue what has already been started”. Secondly, recruiting an excellent board that will be able to take over and continue what was started, says Jos. Societies can also expect a final Board Day organized by Linsey, which aims to  “focus on how to have a smooth transitions and all the things new board members need to know to get started, as well as specific sessions on how to lead training evenings.” As the president, Ybo’s hope for the future is the creation of a “more lasting legacy [with] Debatbond as a functioning and useful institution in the debating world.” As with any board, it is sometimes easy to overreach and try to do more than you are able to. This sometimes can result in situations where the board doesn’t do as much as it could be doing. Nevertheless, the accomplishments the Debatbond was able to implement are important accomplishments. Debatbond struggled over the past years to really define itself and set expectations as to what it is and what it is supposed to be doing. We made important steps in that regard. Hopefully future boards will continue what this board has been doing.

And on a personal note, how do the board members feel about being part of a board-year? Ybo enjoyed his time because of everything being so vague and unclear in the beginning. This was an opportunity for everyone to create and start something new. It is also a good opportunity to work with and get to know other board members, as Adrienne and Jos explain it. Because of the fact that the board members come from different societies, this was effectively a rare opportunity to work together. The position of being the central platform for all debating societies to engage is what Jelte enjoyed greatly whilst being in the board, since you truly start thinking about what’s best for everyone and not only for your society. 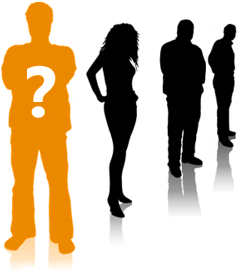 Thinking of applying yourself? Keep an eye for out the application procedures to be posted in the upcoming months! If you want to know more about the mysterious board, they all assured me you can send each one of them a message – or if you want the less formal answers, contact 720.