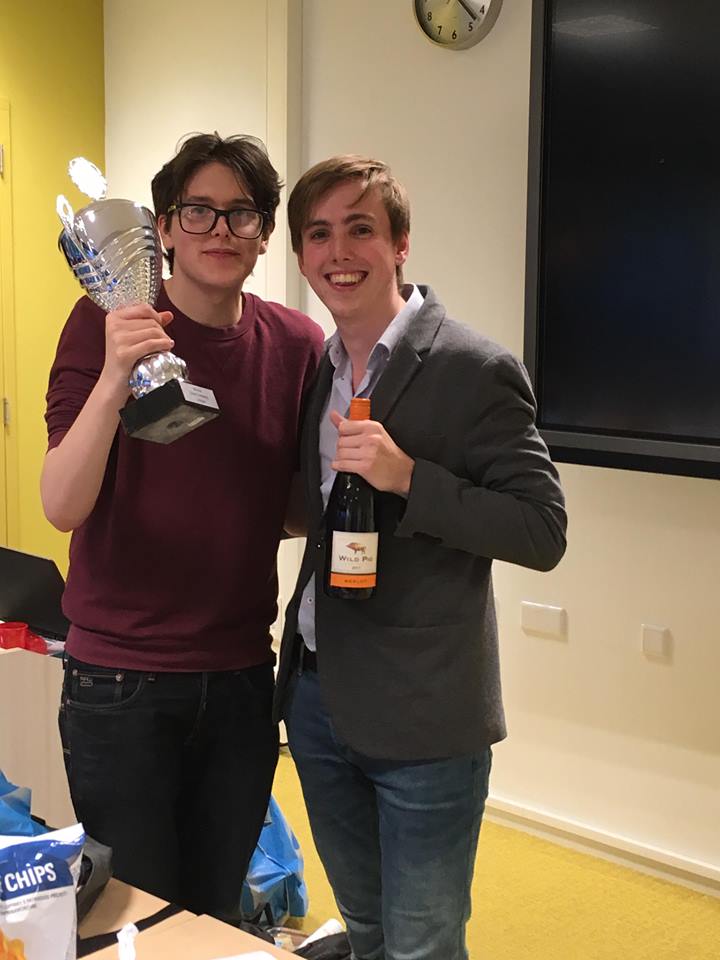 After the disappointing season finale of HBO’s hit series Game of Thrones, another incredibly popular debater activity will come to a close for this debating year: the Dutch Debating League. The true loyal fans are obviously completely up-to-date and have been posting fan theories for months. Time for 720 to inform you about all the ins-and-outs of this season – and to set out what to expect from its last episode.

The winners of this year

Who have been doing well over the past year? Unsurprisingly, LDU is at the top of the table, and just like last year, out of reach of the other societies. They have been doing even better than last year, and have won 53 out of the 56 available point. Their dominance has not been declining either, as they achieved their best speaks in the last edition taking place at Chronos in Eindhoven. Although there are thus no signs of slowing down, LDU will be cruising in Amsterdam – taking the trophy for the second year in the city of their biggest rivals.

In second place we find Cicero, from Tilburg. Perhaps only few would have predicted a couple of years ago the society would be at the top of the Dutch Debating community, but the society is the perfect example that consistent hard work pays off. Their dream team Lotte and Roel have been going to many DDL nights, and beat almost all their opponents. Only LDU and UDS have proven to be worthy contesters that were able to occasionally break the wheel of Cicero, crushing the societies that stand between them and that much desired glory.

Coming in third is the Utrecht Debating Society. After losing local debating superstar Pieter to the rival society in Oxford and partner Florine to ‘being-too-cool-for-debating-life’, not many would have predicted that UDS could hang so well with the rest. After the sixth evening they were even tied with Cicero for second place, but unfortunately for them took two fourths in Eindhoven. Part of the rise of UDS can be explained by luring experienced debaters from other societies to the most beautiful city of the Netherlands, rather than fully having to rely on new blood. With Joris and Daan, they found two enthusiastic quality debaters that are not afraid of facing anybody. Will they be able to pull of a major upset and pass Cicero on the last day?

Lastly, Chronos is definitely one of the winners of this season. Only having stepped in halfway, after the inability of GDS to send more teams, they have performed exceptionally well. Although they currently find themselves in 8th place, a solid performance on the last evening might see them climbing the ranks and finish off the season strong. We can only be excited to see what the newest addition to Dutch Debating has to offer in a full season next year.

The losers… so far?

One of losers this season has been GDS, which has not showed up since the first evening this season. Rumour has it that the earth quakes in the area have made the Northerns more suspicious of the rest of the Netherlands. Moreover, its president Lars is known to stick to the motto that Northerns have never fared well traveling south, looking to prominent examples such as Ned and Rob Stark. Now that winter is over, we hope to welcome them next year.

EDS, one of the top contenders last years, is also found amongst the losers this season. Finding themselves in 7th place is unworthy for one of the largest debating societies in the Netherlands. Losing Emma and Fenna as dedicated team that was one of the few that could beat Leiden, even on an average day, the competition has lost some excitement with the fact that no replacement has been found. Literally, since EDS has not sent a team to most evening this year. At the last evening of the year, they even have to fear being overtaken by Chronos. Can they still turn it around?

Jelte’s new rule implementation can also not be counted amongst the winners, unfortunately. As a response to the participation rate, it was decided that the Debatbond would open up the DDL to all its member societies. No society has made use of the opportunity, however. Jelte’s relentless and endless stalking have also resulted in serious damage to his social status amongst Dutch debating boards. Back to the drawing board!

Delft can perhaps not be said to be a winner, but it is certainly not a loser. Sitting comfortably at  fourth place, Delft has put in a consistent performance this season. Moreover, they are improving at a scary rate. Whereas the beginning of the season started of slow for the technicians, they have been catching up in the last three editions: taking home 5 points at each of those. Not only will they therefore earn more than you in the future, the other societies should be scared of Delft next year.

Bonaparte has been slightly underwhelming performance this year, but does have an excellent opportunity to finish strong as they have the home advantage at the upcoming addition. Starting strong at the first evening, everybody reckoned Bonaparte would become a contender for the title. They haven’t quite lived up to that expectation, but the beer will be served cold – so when debating doesn’t work out they can always resort to what they do best.

Trivium’s performance this year can best be described as capricious. Occasionally brilliant, taking home serious points; other times slightly disappointing. As a society that has to travel far and wide to participate, it hasn’t been easy for them. Nonetheless, they have displayed that new talent is coming up in the far East. Let’s wait for next year!

Although Leiden will take home the trophy, not everything has been decided. It will be the last chance to create that lasting legacy that will secure your place in the history of your society. Who will make the history books, and who will be forgotten. Spicy motions, all-deciding set-ups: guaranteed excitement at the DDL in Amsterdam. All are welcome!