There are many debate formats in the Netherlands. In this new series, debaters tell you why they think a certain debate format is the best. This time: Lagerhuis+, especially for high school debating. Do you want to read more about how Lagerhuis+works? Click here (Dutch).

In the discussions about the best debate format, the largest group of debaters is sometimes forgotten: high school students. In Dutch classes, a “debate” is held at hundreds of schools in the final years as a school exam. You’ve probably experienced it like that yourself. Until recently, teachers of Dutch opted for the classic American parliamentary structure; usually with 2 versus 2 speakers. In recent years, more and more people have switched to the “Lagerhuis+” form of debate (a variant of the “World Schools Format”), also in debating clubs.

In the Lagerhuis+ debate format, the 3rd speeches of each party have been replaced by a joint “free phase”. This phase resembles what is popularly called a Lagerhuis (or “lower house”) debate: speakers take turns in short turns, led by a moderator. The debate will be concluded with two closing speeches, given by speakers who have not previously delivered a full speech. No interruptions (POIs) are allowed. The team size varies from 3 to 6. At the Benelux Debate Tournaments, teams consist of 5 debaters by default.

We would like to highlight the reasons why Lagerhuis+ is gaining ground in the classroom and at debate clubs.

In a team of five, only three students have to give a speech independently. The other two students can “get used to it” in the free phase. They are part of the team and can speak whenever they want. In this way they come into contact with debate, embedded between teammates. All of this makes for a safer first experience of debating, where students can discover the motivation to keep growing. With more experience and self-confidence, they can therefore give an opening or closing speech. In other forms of debate, debaters are immediately thrown into the deep end or, even worse, they float to the surface in an accessible form of debate without ever analyzing deeply (cough cough classic Lagerhuis cough).

In the purely “parliamentary” forms of debate, there are only isolated speeches and sometimes an interruption. This limits the possibilities to defend your own arguments later, especially if you have spoken early in the debate. The free phase almost completely obviates this problem. The opening speaker of the government is also challenged to respond and refute. In other formats, the space for this speaker is very limited and it often remains a staged speech.

Lagerhuis+ is a gateway drug for debate clubs

In 2020, more than a hundred high school debaters are allergic to parliamentary debate. Parliamentary debate is slow, dusty, and too formal. That impression is happily passed on from generation to generation. Lagerhuis (without +) is faster and more media-friendly: after all, the final will be on TV! Parents are satisfied that there is “debate” at school. In short: everyone can go to sleep peacefully and parliamentary debate remains something for nerds in other schools. Lagerhuis+ is the form of debate that gives these allergic debating clubs a taste of the sweet fruits that parliamentary debate has to offer. Allergic debating clubs can assert their quality against schools with parliamentary experience in the “free phase” of the Lagerhuis+. At the same time, they experience the solid foundation of parliamentary debate: four constructive speeches with definition and clear lines of argument. It should also be mentioned that the judging can be much more transparent and fair than with unstructured forms of debate (where judging often gets stuck in impressionist judgments). Lagerhuis+ offers the possibility for high school debate clubs of different traditions to come together at a higher level.

For all these reasons, Lagerhuis+ makes high school debate better. 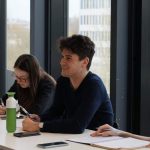 Daan is a debater of the Nijmegen Student Debating Society Trivium and the Utrecht Debating Society. Moreover, he is involved with the DebatUnie, an organization that is focused on the structural improvement of the education of debating and citizenship in the Dutch language area. 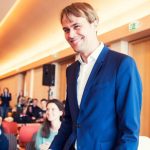 Rob is an alumnus of the Leiden Debating Union. Currently, he is the director of the DebatUnie, an organization that is focused on the structural improvement of the education of debating and citizenship in the Dutch language area.