The current board of the Nederlandse Debatbond consists of four board members. On this page, we explain which functions each of these board members fulfils and for which tasks they are responsible. In the case that you are seeking contact with one of the board members, please send an email to info@debatbond.nl or use one of their personal email addresses. 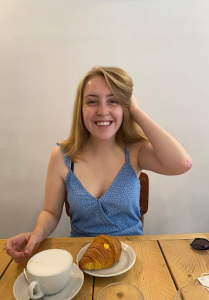 Hi! My name is Michelle Moonen and I have been debating since 2016. In 2019, I became a member of UDS, where I was secretary for a year. In addition, I study History and English Language and Culture in Utrecht.

For the next two years, I will mainly be involved in kick-starting the debate community as the rules regarding corona are gradually lessening. I would like to ensure that the ties between societies remain strong, that many people participate in tournaments again and that the debating sport is also taught on a higher level among beginners. In addition, I will mainly be involved in recruiting sponsors for various activities to financially support debaters. In addition, I will lend a hand to PR and SevenTwenty and I will coordinate our board, in which I have a lot of confidence. Hope to see you soon at an activity or debate evening!

Do you have a question for Michelle? Mail to voorzitter@debatbond.nl. 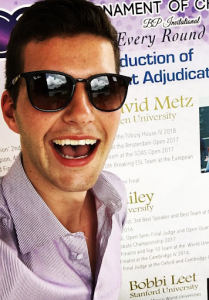 Hi, I’m David Metz. I have been debating since 2012, and I have been a member of the Leiden Debating Union since 2015. I was also head coach at DSDC last year.

For the next two years I will be treasurer at the debating society. In addition to managing the money, however, I intend to commit myself more broadly to the further development of the Dutch debate landscape. I want to tackle this, among other things, by coordinating the participation in international tournaments for Dutch associations, organizing workshops by international top debaters, and transferring my extensive experience within the debate world to the boards of the associations. I will also coordinate the T&D of associations together with Marike. Finally, I plan to breathe new life into SevenTwenty, and to make fun articles and videos about debating Netherlands.

For questions to David, you can email to  penningmeester@debatbond.nl. 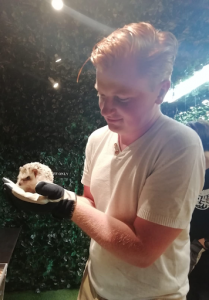 Victor can be contacted via email at secretaris@debatbond.nl. 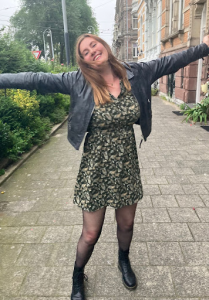 Amber van Lochem – General board member
My name is Amber van Lochem. I have been debating at ASDV Bonaparte for eight years now. I was also on the board there for two years, one year as an external supervisory director and one year as chairman. Although I have participated in quite a few tournaments, I especially found the conversations at the bar entertaining. This year, as a general board member at the debating association, I will be involved in the DDL and board support. I also plan to organize some socials. 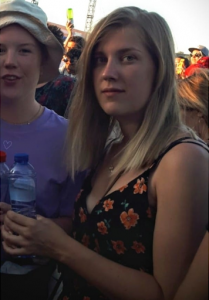 Hi! My name is Marike and since 2015 I have been debating mainly at ASDV Bonaparte, where I was also on the board for 1.5 years. My main goals for the next two years are to re-enhance the debate community in terms of membership and tournament participation. I mainly want to achieve this by committing myself to promotion, strengthening the bond between associations through social activities and offering associations support in places where they indicate that they need it.