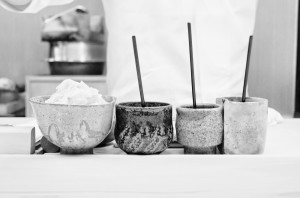 Shengwu Li uses his large experience in debate and as a CA to give new CA’s advice on setting motions.

As it stands, knowledge about how to debate well is pretty effectively passed on from one generation of debaters to the next.  There are typically training regimens and/or coaching arrangements that pass on institutional knowledge, and good debaters will debate publicly often enough for many to learn by imitation.
However, there is one important bit of knowledge which has (so far) stubbornly refused transfer from generation to generation; namely, how to set good motions at a debating tournament.  Most of the process behind setting good motions happens out of the public eye, and even though the quality of the end result is plain to see, frequently the mistakes CA teams make are subtle and difficult to diagnose.

Setting good motions is difficult.  But I’ve been at this rather a long time, and I thought I’d make a list of recommendations.  Hopefully this will eventually lead to some kind of overlapping consensus on what constitutes best-practice for a CA team.
You can read the rest of the article here.

“1. Ask yourself whether a debater who reads (but doesn’t remember every detail from) reputable mainstream news sources would know what the debate is about.
2. Check that there are at least five logically distinct, individually persuasive arguments on each side of the motion that are accessible to non-specialists. (Sometimes five isn’t enough; but it is a bare minimum.)
3. Check that neither side has a silver bullet, that is, a persuasive argument that is so strong as to admit no effective answers.
4. Ask yourself if experienced debaters whose only concern was victory would split roughly 50-50 on whether they would rather be prop or opp.”

Very interesting article. I would like to add one more suggestion: publish the opp-prop statistics after a tournament.
In Holland, where I have been CA quite often, this is good pratice. It helps new CAs to better estimate whether a motion is balanced or not. Even a very well tested motion set by a cautious CA team may turn out to be biased and this information is very valuable, as it may imply that this is also the case for similar motions.
Unfortunately, I found that in many international tournaments, the CA team is quite hesitant to publish these data, perhaps because of fear for their own reputation.

[…] an earlier article with advice on how to create motions for tournaments, Shengwu Li now turns his attention to […]