Jill Brenneman argues why trafficking can not be used as an excuse to condone sex work. 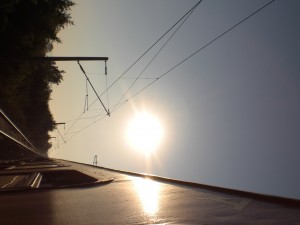 They are wrong. Many of these people are a certain breed of feminist academic elite, comfortably ensconced in their Ivory towers. They may be well intentioned. As I know some of them like Donna M. Hughes myself, I’d even say they are genuine in their desire to advance constructive social change.

But reality can shatter even the best of intentions.

My journey into and out of sex work is unique. My first experience in sex work lasted 3 years. I was (literally) a sex slave: no safe words were needed, and I didn’t even know safe words existed. I was coerced.

The coercion was the true injustice I endured, as millions of Americans suffer the injustice of coercive workplaces that have nothing to do with sex work. That’s the reality “end the sex industry and get a real job activists” routinely and tragically dismiss.

10 years after I was trafficked, I returned to sex work as a stripper. While I worked occasionally at clubs, I mostly did outcall bachelor’s parties. The agent got 40 percent, I got 60 percent. That’s 60 percent more than when I was a sex trafficking victim.

Later still, I gave up on stripping and went to work on my own as an independent escort. I was my own boss and there were no comparable problems. No one hurt me, I set my own boundaries, I got paid what I asked for—all 100 percent of it.

While it wasn’t the greatest job in the world, it was work; it was nothing like my coerced experience. Anti-trafficking activists like Donna M. Hughes, anti-pornography activists like Gail Dines and Shelly Lubben, anti-prostitution activists like Melissa Farley willfully ignore this fact: there is a world of difference between being a sex trafficking victim and being a sex worker.

Make no mistake: ending sexual slavery is a great thing. Ending sex work is not. The two are entirely distinct. Conflating them is deadly for trafficking victims and for sex workers.

Now, let’s talk about the reality of “straight jobs.” I’ve worked a bunch of them in many different industries, usually as an entry-level employee. A lot of my experience is in the air travel industry.

I’ve been assaulted by airline customers more times than I can count. I’ve been kicked in the face while trying to screen a passenger’s leg while working for the TSA. I’ve been spit on. The list goes on.

The result is always the same: the company sends the customer on their way without reprimand because they don’t want to lose business or risk the bad press. In other words, I get told: let it go, or get fired.

I’ve had 6 surgeries from injuries suffered at work. In my State of the Union (North Carolina), workers comp is highly regulated in favor of the employer. That means you can’t pick your doctor, and so you have to see the doctor the carrier chooses. Needless to say, you get biased doctors. You also get a “nurse case manager” (appointed by the carrier) who joins you at every appointment and diligently argues with your already-biased doctor to avoid any expensive diagnostics, medicines, and other treatments, and also reminds the doctor that you are to be returned to work immediately.

Why did I take that job? Why did I run three-tenths of a mile on a fractured knee for 10 days at the behest of my “nurse case manager” in my mid 40’s? Because, thanks to the emphasis misguided activist academics like Donna M. Hughes have placed on “rescuing” trafficking victims, the police are so indiscriminately arresting sex workers in my area that running on fractured knees as a valet parking attendant was actually safer than working as an independent escort. Safer, perhaps—I don’t need a jail sentence—but not better.

By the way, it took 6 months for the workers comp carrier to approve surgery to repair the fracture. Oh, and given the recession, it took me 10 weeks just to find that valet job.

When I worked for the TSA, my job entailed lifting 100 pound bags all day because it was more cost effective to have employees do it than to have a conveyor put in. Unsurprisingly, I was struck with repetitive injuries. Surgery was ultimately needed for these injuries, too. The TSA paid nothing as they didn’t feel it was “work-related.” I could appeal that decision, of course, in which case my motion would be decided by the TSA’s appeal board. The TSA’s appeal board, in case it isn’t clear, works for the TSA and, naturally, sides with their employer.

So after working the straight jobs, many times I’ve ended up just like the worst experiences in sex work: no rights, no food, and in a lot of pain.

Go beyond the economic coercion embedded in this capitalist system, however, and you’ll find that straight jobs are not, in and of themselves, safer for women sexually, either.

Back at the TSA, I was sexually assaulted on a federal checkpoint by a male co worker. The assault was filmed by a security camera tape and there were 6 witnesses (5 male and 1 female). They all went to court with me to support my restraining order efforts against my workplace harasser. Now, it isn’t often that men will side with a woman in situations like this, but these 5 men did. The harasser plead no contest—all but an admission of guilt.