The Dutch national team that will represent the Netherlands at the World Schools Debating Championships 2013 has been selected. Amy Bakx (Wolfert Tweetalig), Roel Becker (Stedelijk Gymnasium Nijmegen), Uche Udikanwa (Rijnlands Lyceum) and Joris Broeders (Utrechts Stedelijk Gymnasium) will travel to Antalya, Turkey to debate teams from all over the world. Joris was also named Team Captain.

These students have already had six months of training in pre-selection, coached by Rooj Darweesh, Jeroen Heun, Victor Vlam and other great trainers. The coaches focused on skills: how to build a great argument, how to speak stylishly in public and how to research complicated topics.

Rooj is handing over the position of headcoach to Menno Schellekens. After years of succesfully coaching the Dutch teams, Rooj will now supervise the coaching process from the board of the DSDC Foundation together with Thom Wetzer.

Menno was part of the 2011 World Schools team, was member of the WSDC 2012 coaching team and is the reigning European Universities Debating Champion in the category of English as a Second Language.

Menno will be assisted at the WSDC 2013 by Rob Honig, who is regarded as one of the most experienced debaters in the Netherlands. As practice, the team will go to the EurOpen in november with Eva Spoor, a WSDC-veteran.

Over the coming months, various trainers will come by to help the team develop a broad range of skills and increase their understanding of global issues.
Do you have a question or want to help out? You can reach the coaching team at dutchschools@gmail.com ! You can follow  Team Netherlands via Twitter (@Dutch Schools), via Facebook (Team Netherlands) and right here via SevenTwenty.

We want to thank our sponsor: Badgergroep BV 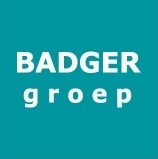