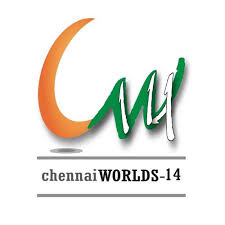 Today, January 1st 2014, WUDC Council took place in Chennai. We will give you a brief oversight of what was discussed and the outcomes of all this.

Reports
First, the organizers of WUDC 2014 have to answer questions from the participants regarding WUDC 2014. There have been troubles organizing WUDC 2014, and participants want to know how all this will be solved.
Another report is that of Malaysia Worlds 2015. The organizers are reporting about the progress of next WUDC, taking place in Kuala Lumpur.

Motions
Lots of motions passed Council. An oversight of the most important ones.

2. England has a motion that says that WUDC hosts should have a financial officer with professional accreditation to communicate budgettary difficulties. This motion passes.

4. Malaysia has a motion about creating a WUDC Council’s Office in Malaysia. This motion does not pass.

5. Also concerning Malaysia, a motion on not ranking down the voting status of Israel for not being present passes.

6. The use of electronic equipment during debates is discussed. This motion is rejected by the Council.

7. Funding from the organizers of Chennai WUDC has to be paid to the CA-team, external OrgComm and volunteers no later than January 3rd 2014. This is decided by the Council.

8. A motion on changing the classification of University status for WUDC does not pass.

BIDS
After the discussion of many motions it is time for voting for the two bids for WUDC 2016. First, both Thessaloniki and South Africa have 15 minutes for questions that can be asked to them.

After the voting process we see that WUDC 2016 will be hosted in Thessaloniki, Greece.