Over the last years, Europe has seen multiple cases of industrial action or strikes. These took place in the airline sector, public transport sector, and many others. It is important to be aware of some of the examples in case you face an industrial action debate at (inter)national competitions. Ed Middleton is a Junior Doctor in the UK, and former Imperial College London debater. He sets out some background to the United Kingdom’s healthcare system and explains the current controversy surrounding Junior Doctor’s contracts, ahead of the ballot outcome being 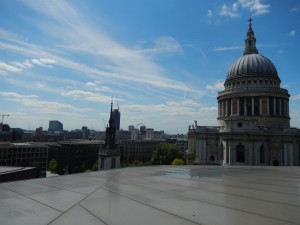 announced Thursday the 19th of October.

From Thursday the 5th of November to Wednesday the 18th of November junior doctors in England will be asked to vote on industrial action. This is in response to a new contract, proposed by the Department of Health. If the results of the ballot favour a strike, junior doctors across England will withdraw labour on three separate days in December. In this article, I hope to outline the events that have led up to the balloting for strike action, the reasons behind the strike, and the details of proposed action.

My personal view is that the proposed contracts are unsafe for patients and unfair to junior doctors. However, in the interests of balance and in order to allow the reader to form their own views on the matter, I will attempt to outline the issues without bias and convey the stance of the government, as well as that of the British Medical Association (BMA, the trade union representing junior doctors in this dispute).

Context and Background: The UK NHS and Junior Doctors

The term ‘junior doctor’ in the English healthcare system consists of doctors on their first day of work after medical school, right up to the day before they become consultants, with up to ten or more years experience working as doctors. At the most senior level, a junior doctor includes Specialist Registrars – doctors who have specialised in a sub-section of medicine or surgery. They are the most senior doctor in the hospital out of hours (excluding some specific specialties, such as obstetrics, paediatrics or intensive care, which have consultant cover), they have their own clinics and carry out their own surgical procedures unsupervised. The vast majority of junior doctors are employed by the NHS and only those junior doctors with contracts issued by NHS England will be balloted for the current industrial action.

The NHS is a state-provided healthcare system, paid for by the taxpayer, free at the point of use and is by far the main provider of healthcare services in the United Kingdom. The Department of Health and the NHS are responsible for issuing the contracts and determining the salary of junior doctors in the NHS. Over recent years, NHS strategy has sought to move the service towards a seven-day pattern of work. The precise description of what this seven-day service entails varies widely, from a weekday provision of admissions, discharges and investigations over the weekend, to outpatient’s clinics, specialist investigations and elective surgery (surgery that is planned in advance and scheduled for a specific date, typically six weeks in advance, in contrast to emergency surgery) provided every day of the week.

Moving to a seven-day NHS

The current Secretary of State for Health, MP Jeremy Hunt, has stated that in order to allow hospitals to properly provide medical cover at weekends, a new contract has to be issued to junior doctors. As evidence for the need for seven-day working, the government has often cited a paper that analysed patient outcomes on weekdays and at weekends. The government has repeatedly quoted, in public and in parliamentary debates, that this paper showed increased mortality for patients at weekends. The actual results and conclusions of the paper, as described by the authors, were that mortality fell over weekends, but that patients who came in to hospital over the weekend had an increased mortality over 30 days, compared to people admitted on weekdays. The authors offered no explanation for why this may be the case and, crucially, did not speculate that an increased numbers of junior doctors would reduce this risk.

Indeed, the BMA and many doctors have claimed that his would have no effect, while staffing levels of other professions such as radiographers, physiotherapists, and social workers is not increased, and that the increased mortality may be associated with a change in the patient population that presents to hospitals at weekends.

The most significant changes to the contract, those that have caused the most contention between the BMA and the government, consist predominantly to changes surrounding the hours junior doctors can be rostered to work and the pay they receive. Currently, junior doctors receive a base salary of £22,636 to £47,175, depending on the number of years they have worked and the amount of experience they have. This is then increased by a factor of 1.2, 1.4 or 1.5, depending on the amount of out-of-hours work.  Because of the high burden of out-of-hours and on-call commitments, the majority of junior doctors will receive the 1.4 or 1.5 multiplier to their base rate. This means that approximately one third (in the 1.5x scenario) of a junior doctors pay is for out-of-hours work. The proposed changes, would increase the base salary, but change out of hours pay to only apply to those times worked out of hours (rather than to the entire base salary). A pay calculator issued by the BMA claims this would result in a net pay cut of 11%-30% (depending on the exact rota worked), although this has been disputed by the government.

A further area of contention is around penalties issued to hospitals that breach the agreed cap on junior doctors hours. Under the current contracts and the European Working Time Directive, doctors are not allowed to work longer than an average of 48 hours per week, unless they choose to take extra shifts. Twice per year, all hospitals must monitor the hours worked in a typical fortnight by all junior doctors. The results of this monitoring are processed to determine if  rotas are in breach of this mandated limit. If rotas are found not to be compliant, the hospital is required to pay compensation to doctors working excessive hours. One of the proposed changes to the contract is the removal of this financial penalty. Instead, doctors would still have contractual rights, but they would have to be pursued through legal mechanisms, and the consequences of breaching limits is not clear. The BMA is concerned that this mechanism of enforcement is not robust enough to prevent doctors being rostered to work long hours on potentially dangerous rotas, which may damage patient care by not affording junior doctors sufficient rest to ensure they make safe decisions. Pilots, for instance, have mandated periods of rest after flights and there are caps to the amount of time they can work per month or year. These are strictly adhered to, in order to protect pilot, crew and passenger safety.

The new contract has been under development for several years and there have been several bouts of negotiations between the government and the BMA. The level of disagreement intensified, earlier this year, when Jeremy Hunt publically stated that he would force the changes through, whether or not the BMA agreed to them. The BMA responded by withdrawing from negotiations and have refused to return to negotiation unless the government withdraws a set of 22 pre-conditions it would require the BMA to accept upon returning to the negotiation table. Since the breakdown of negotiations, junior doctors and the BMA have organised a series of public marches in London, Nottingham and Belfast, as well as smaller events in other areas, to publicise what they feel are the issues of safety and fairness with the new contract.

After these measures have not been successful in getting the government to agree to abandon pre-conditions to negotiations, the BMA moved to balloting junior doctors on strike action. This would be the first full walk-out of junior doctors in the United Kingdom. The proposed model for industrial action currently consists of one day of emergency-only cover (similar to the sort of cover that happens at weekends of bank holidays) and then two later dates with a full walk-out. During these dates, patients would be treated by full teams of consultants, stepping in to fill the gaps created by their junior colleagues, and the BMA has maintained that there will be no effect on patient safety. Data acquired during previous strikes has shown a reduction in mortality during the strike period, purportedly due to a reduction in elective surgeries, and several consultant groups have not only come out as saying they will cover absences from junior doctors, but have also given their full support to strikes.

A number of issues have been raised by the proposed new contracts, and a significant amount of ire by the medical profession has been generated by the way the negotiations have proceeded. Many doctors feel that the profession has been undermined by the government and the press, and are concerned that questions about impacts on patient safety have not been addressed. The BMA and, by and large, the medical profession support a move to a seven-day NHS. Their claim is that in order for the NHS to develop towards such a service, broader changes are required that reflect the fact that junior doctors do not work in isolation, and such a service would require more funding. They maintain that the current contract doesn’t promote seven day working and undermines patient safety. Depending on the outcome of the balloting, it is likely that this debate will heat up even further over the next months.