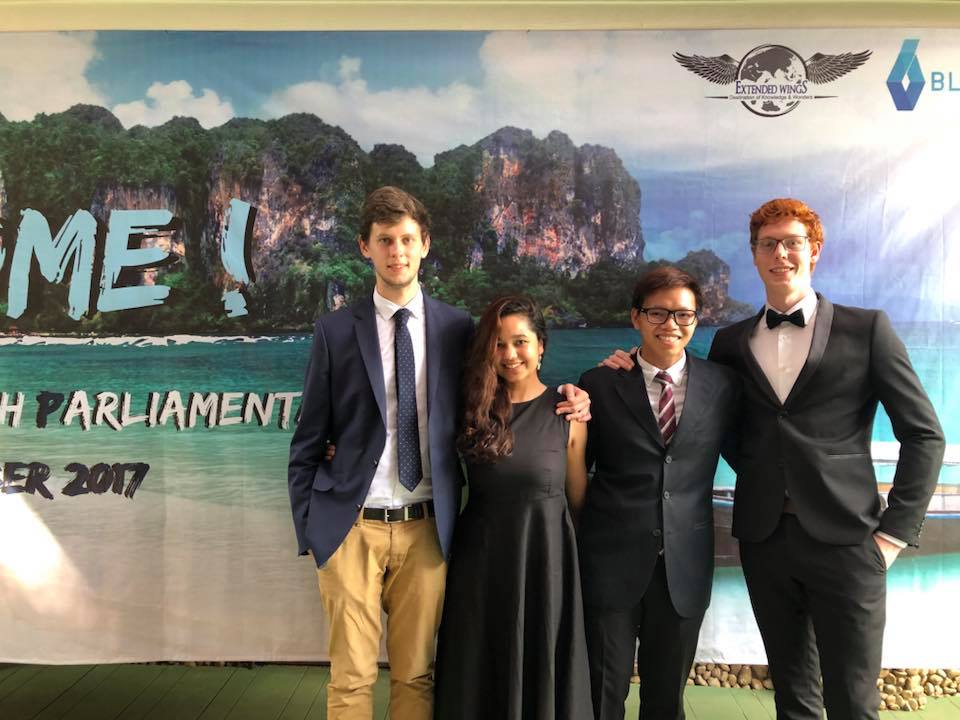 The debating year is almost starting again, and so is 720. Before we overload you with all kinds of debating stories, wisdom and reports – an article from the old box. Last year, Jelte was on exchange in Singapore. He wrote a small piece on the differences between debating in Asia and the Netherlands.

Last semester, I spent some time abroad studying in Singapore at the Yale-NUS College. It defines itself as a college that bridges the East and the West, captured in the amazing slogan (and source of countless memes on campus): ‘In Asia, for the world’. When I went to Singapore my plan was to join the debating society. I told myself I did it because it would be an excellent opportunity to mingle with the local students and get to know new people. That’s of course partially true, but let’s be honest: I cannot go a fucking whole semester without debating. Plus, Yale-NUS is super rich – like insanely rich – so I figured it would be a good way of financing some trips throughout Asia.

In the third week of the semester, the first evening was hosted. I already told some older members which I met before that I debated, so I was allowed to hang with the cool kids while all the beginners had to sit through an introduction session. The motion was a bit weird if I recall correctly, but I liked the debating – so I kept attending meetings in the following weeks. I experienced debating ‘in Asia, for the world’. During my time in Singapore I went to some major regional tournaments (in Malaysia and Thailand) and a small local one. While actively participating as an Asian debater, I have observed some differences between Asian and Dutch/European debating communities.

The first thing I need to get off my chest is that the quality of tournament organisations in the Netherlands is something we should cherish. Althoguh the organisation of the largest tournament I attended was actually quite good,  two tournaments in Singapore/Malaysia were a lot worse. .

The first day of my first Asian debating tournament started with stress. We were in a hurry to make it in time for registration. When we arrived at the venue five minutes before registration would close, I walked into the announcement hall and saw about ten people. There were supposed to be 150. Thinking I was in the wrong building, I asked where everybody was. One of the other YNC’ers told me people usually arrive late. This marked the beginning of my, seemingly endless, stream of irritation caused by the orgcom. The tournament was delayed for hours, the food was terrible and judging panels often consisted out of only one or two judges (who made some strange calls in my opinion). My team was also beaten by some 12-year old kids, which didn’t really improve my mood and confirmed the stereotype that no matter what you do, there is always an Asian kid better than you. I am not joking if I say at the end of the second day I was capable to kiss the bare feet of a Dutch orgcom that would organize a ‘normal’ tournament. The weirdest thing of it all was that most people accepted this as a given, not demanding better run tournaments. Guess the free market doesn’t work after all.

On a more positive note, the people I met in Asia were often super nice, friendly and approachable. I know there is sometimes this stigma in the Dutch/European debating scene that some societies or debaters think they are better than others. Now, although I don’t think this is always entirely true – it was certainly my experience in Asia that every debater is very easy to chat with and that ‘debating status’ doesn’t seem to matter as much compared to, for instance, when I was at EUDC.

Moreover, the level of interesting drama going on within the Asian circuit was very high, and thus very enjoyable. Societies taking out their internal dirty laundry and discussing it in the council at the Asian championships made for some good gossip. During Asians, almost the entire hotel was occupied by debaters, and well, that turned out like one would expect. Every morning at breakfast, there was no shortage of stories about sex, drugs and rock ’n roll.

Overall, it was definitely a lot of fun going to tournaments in Asia. I’d say the Asian Championships was definitely one of my highlights while being abroad. The people I met and the friends I have made (yes, I’m a cheesy motherfucker) were a lot more important than the organizational capacity of most orgcoms. Nonetheless, I am also happy to immerse myself in the Dutch debating community once again. I realized debating is so much more to me now than a fun, competitive game. Tournaments are rather moments where I meet my fellow-debater friends. See you soon!