Should we offer people living in the Randstad a financial incentive to move to a shrinking region (‘krimpregio’)?

Should we offer people living in the Randstad a financial incentive to move to a shrinking region (‘krimpregio’)?

A nice accessible motion to start the NK with. The dynamics between shrinking regions and the Randstad are something that many people can imagine and a lot of depth is possible here.

As the opening government, I would like to embrace the burden of proof here while immediately building defences against vulnerabilities. We pay people a substantial amount to move but we do this to people who meet certain conditions, when it is clear that they have carefully considered this, and we do it alongside other investments in shrinking regions.

There is an example you can use for this:

If you want to buy a house in Italy for €1, it is not just possible out of nowhere. You will have to meet certain requirements, such as that you are going to live and invest in the house.

You want to avoid opposition making a case where they explain that they can invest the same money in a better way, which is why you also explain that you are making investments. In addition, you want to defend that people make a well-considered choice.

What the case on government is all about is that individuals are better off when they make this choice and that it is good for both the Randstad and the shrinking region because one has too many inhabitants and the other too few. Both sides will spend a lot of analysis on this, although I expect it to be unclear in the end who is right.

On the opposition, you want to explain that people do not make this choice in a good way but give in to financial pressure. In addition, you can also ask yourself whether it is fair or efficient to pay some people to move and others not. There are also better ways to build up areas, through targeted investment. In addition, I would emphasize that everyone feels a connection with their own region; your family and friends come from there and you derive your identity from it. So no one would like to leave the place where they now live; that is often because of necessity. It is better to address that need and invest in those regions than to force someone to leave.

What seems important to me in opposition to this statement is to attack a hidden frame. If a statement is about the Caribbean or the victims of the allowance affair, the jury knows that it is not about them. However, you may be dealing here with jury members who, for example, come from an elite background in Nijmegen and then went on to study. They may then think that they have an idea of ​​what it is like to go from the region to the Randstad and vice versa, while their actual experiences are very far removed from those of the average Dutch person. I would therefore also devote a few sentences to say something about how the experiences of university-educated people with large networks are very different from those of most people.

On both the proposition and opposition, I would bring some examples: “Lennart is a rich Amsterdammer with two children who works as a lawyer, comes from here and wants to live here all his life.” And “Gijs is a poor Amsterdammer with three children who comes from here and does not want to leave. His family and friends live here and he knows nothing else. However, he cannot always afford the rent easily and has a son with health problems. He is now considering leaving.”

As an extension speaker, you can talk about a vulnerable group and explain why it is important. In our debate, for example, we talked about a culturally, financially vulnerable minority that had access to mosques in the Randstad and not in a shrinking region. I see less room here for so-called “principal” arguments. You could talk about whether it fits within the role of the government to pay people in this way but I think that can be made plausible. It will probably also be important for the extension speakers to make trade-offs between what has been proven in the first half. If the opening government proves to help the economy and the opening opposition proves that this increases inequality, then in the second half you can draw the debate to you by weighing the two against each other in favour of your half. 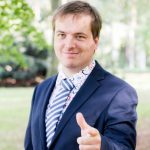